How to choose a great malt whisky 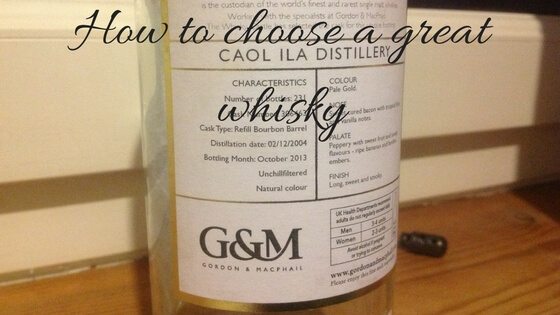 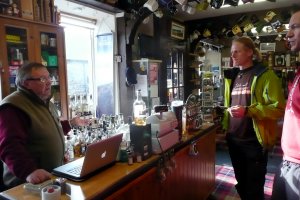 Adventure Guide Andy Bateman of Scot Mountain Holidays guides you through the mist of romance and hype, and around the pitfalls in choosing a fine bottle of malt whisky.

Scottish Malt Whisky is simply not Scotch unless it’s been matured in an oak cask. Up until this point it is just spirit from the still. Essentially a mix of alcohol & water plus e.g. elements of smoke should the barley been dried over a peat fire.

A complex interaction between the oak and the spirit takes place during maturation with the alcohol drawing out many of the oils and other components of the wood. It’s the presence of these oils that gives the whisky’s depth of flavour and breadth of character. This is what Malt Whisky is so let’s look at ‘journey” these oils take during the whisky making process. 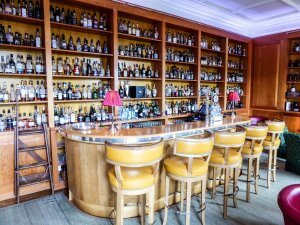 An activity for all whisky lovers when visiting Scotland.

Quality of the Wood – are the oils still present?

Firstly, if there isn’t quality in the wood you won’t get the quality in the whisky. The oak casks are used a number of times and with each maturation, oils are removed from the wood. If you mature spirit in an exhausted cask, it doesn’t matter how long it slumbers, the whisky will lack quality. The two questions that need to be asked are:

How many times the cask has been used previously?

Malt whisky production is a batch process and each cask has its own individual characteristics depending on a range of factors. The world of single cask malt whisky is infinitely varied. For the malt marketeer this has traditionally presented a problem of consistency. Understandably when you find a whisky you like, you want to know that the next bottle will taste the same. This is where the Master Blender (aka “The Big Nose”) comes in. They will marry together up to 100 casks from the same distillery to produce a consistent single malt*. Some of these will be good 1st or 2nd refill casks, others will be the not-so-good 3rd or 4th generation.

* A blended whisky is a mixture of malt whiskies from different distilleries and grain whisky. 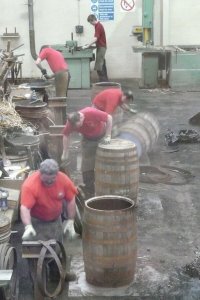 Age of the Whisky –

has the spirit had enough time to draw the oils out of the wood?

The traditional length of time that the spirit needs to mature is an issue for the industry. Due to demand there has been a recent tendency to downplay the importance of the age. Traditionally it was around 10 years or more. Some have partly got around it by decreasing the cask size to increase the wood to spirit ratio and hence shorten the maturation period. Laphroaig’s Quarter Cask expression being a prime example. There are some good young single malts but this is not to infer the maturation period is not a very important part of the process. It takes time for the oils to be drawn out of the wood. The harsher flavours are softened over time and so the age is an important factor in the quality of the final product.

Chill Filtering – have some of the oils been removed before bottling?

Scotch Whisky is matured in the cask above 60% ABV i.e. “Cask strength”. The market for Cask Strength whisky is small and most people who enjoy a tipple find it too strong. Diluting cask strength whisky down to the industry agreed standard of around 40% abv greatly improves the marketability through reducing the price as well as improving the palate.

The problem now is the equilibrium that established itself in the cask is altered and there is now no longer a high enough concentration of alcohol to support the oils. There is a tendency to for the whisky to go hazy.

To overcome this problem the long chain oils in most commercial malt whisky are removed by chill filtering but it is these longer chain oils that give the whisky it’s depth of flavours and breadth of “character”.  The chill filtering also removes some of the variability and makes the Master Blenders job a little easier in creating that brand flavour.

A large number of commercial malt whiskies are coloured with the addition of Caramel. This also affects the flavour of the whisky.

Distilleries are often produce casks which don’t fit in with the taste profiles they wish to create and are happy to sell these on to Independent Bottlers. It’s through these companies that you often get some of the best whisky at a good price.

What to look for on the bottle labelling – how to choose great whisky:

What if there is no snow?