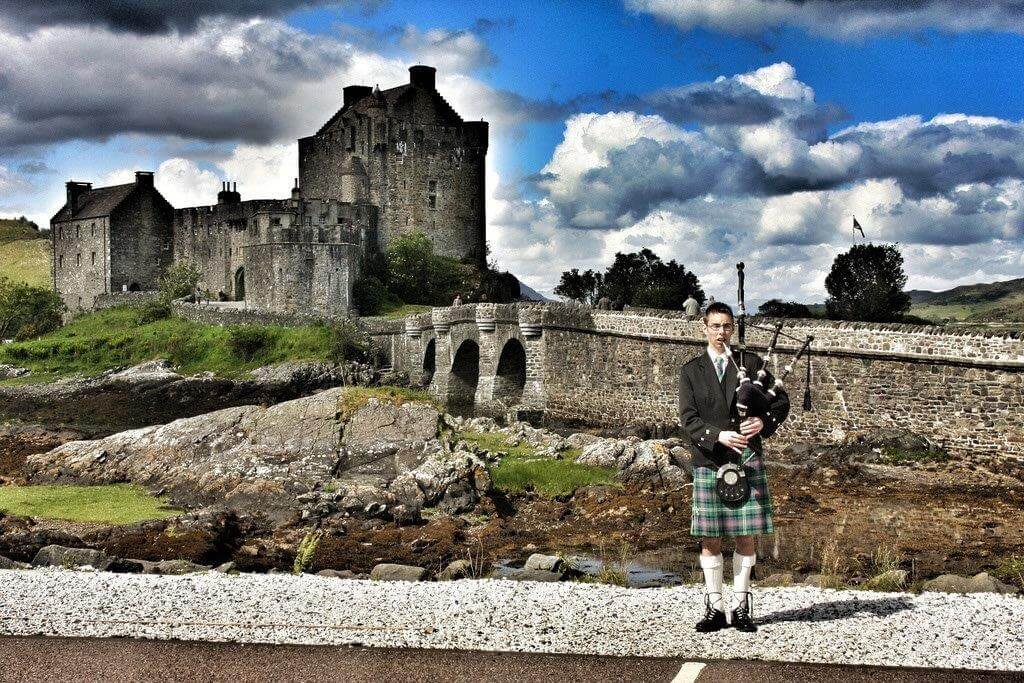 Scotland, famous for … bagpipes and haggis

Is there a link? The shape seems somewhat familiar. When you look at the instrument which is the bag of the bagpipes: Scotland, famous for both of these. You will find the 2 together without trying that hard, particularly if you are in Scotland in January. Burns night is now celebrated the world over and you may have heard of the “Ode to the haggis”. It is traditional for the haggis to be piped into the hall for everyone to feast on it on Burns night. One of his most famous poems is the Ode to the Haggis (if you don’t count the words to Auld Lang Syne).

Also, don’t believe it’s a real animal.   The infamous Scottish dish is made with the heart, liver, and lungs of a sheep, traditionally ground/minced with onion, oatmeal, suet, spices, and salt.  Boiled in the animal’s stomach.  At first you may balk at the thought but what is a traditional sausage made from?  Or meatloaf?  Haggis is a delicious unusual flavour and you must try before you decide.  A soft texture, a hint of spices, a peppery kick without being ‘hot’ and rustic.

No records share the original conception, but a similar dish was mentioned in Greece 2,500 years ago.   Your haggis should be accompanied with heaps and tatties, this translates to a Scots yellow turnip and potatoes.  Both served separately on your plate and mashed.

We have 2 favourite haggis dinners here at Fraoch Lodge: 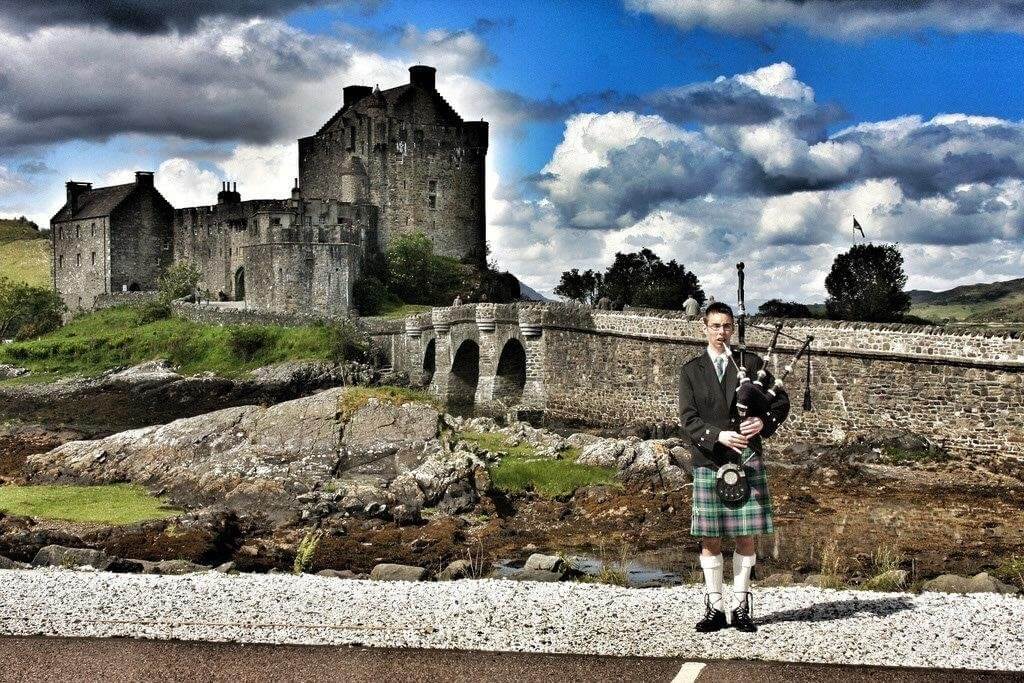 The haggis is not connected to the bagpipe

I’ve heard of a joke but in no way is the bagpipe an animal either!  The bagpipe is a musical instrument that somehow uses reeds, pipes, and a bag full of air to create a sound that is distinctly Scottish.  I say ‘somehow’, I’ve found a photo that shows the internal dynamics, hope this helps your understanding of how the magic happens.

The bagpipe is at its most impressive heard and seen at the Edinburgh Royal Tattoo by the military marching bands.  Alternatively, a Highland Games will always have the local bagpipers performing, accompanied with traditional dancers. 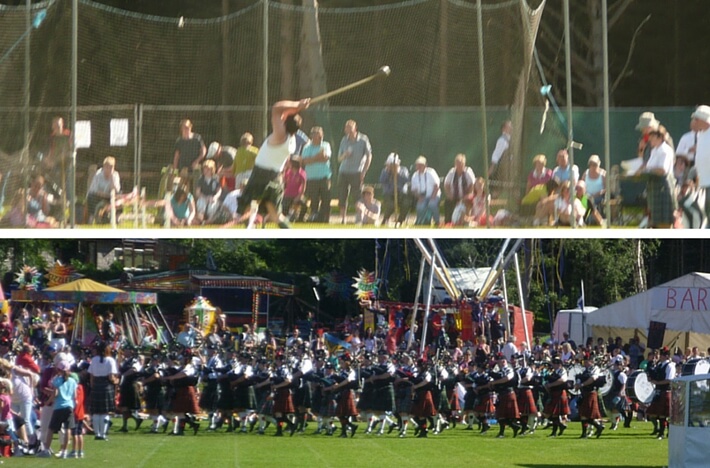 The original version of the instrument can be traced back as far as the 2nd century and not in Scotland!  After many centuries and ‘tweaks’, the bagpipe as we know it came into use sometime around the 1700s.  It was said that the penetrating sound worked well above the roar of battle and the drones could be heard up to 10 miles away.

The bagpipe is credited to have had a genuine patriotic influence at the time of the Highland uprisings.  Following the defeat at the Battle of Culloden, the London government attempted to rid Scotland of its clan system by passing a Parliamentary Act which made “the carrying of weapons, such as those vicious bagpipes” a penal offence.  Needless to say, the Act didn’t last very long. 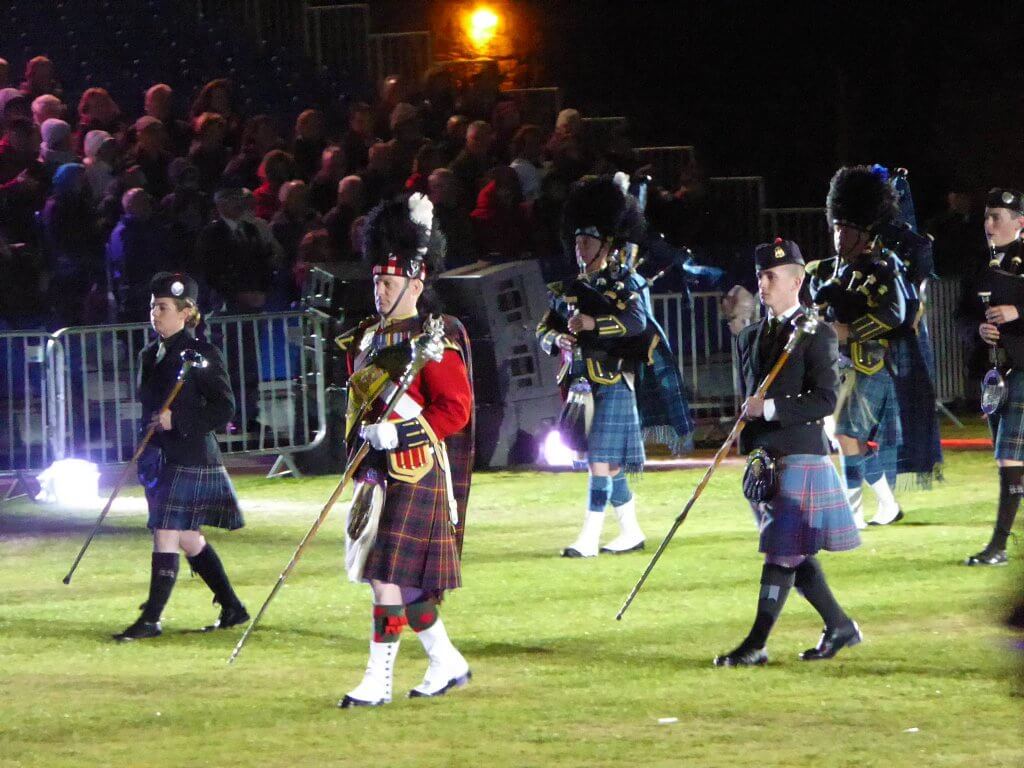 Scotland, famous for … kilts and Nessie