Stories and legends from the Cairngorms 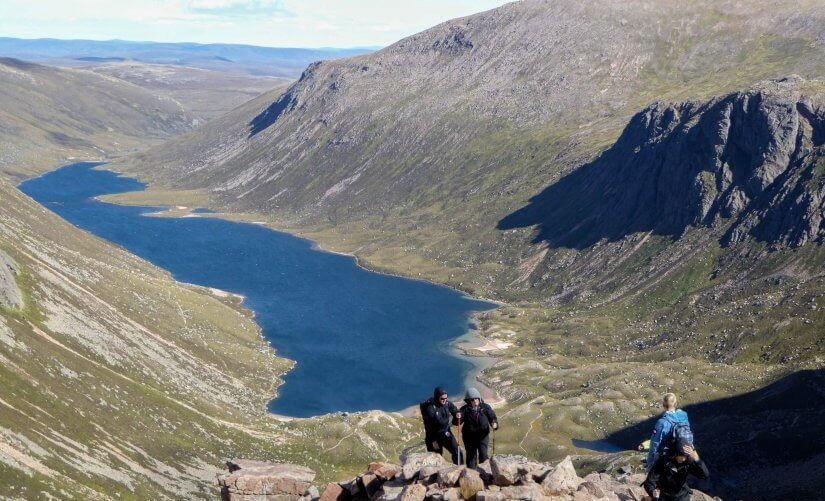 Stories and Legends from the Cairngorms 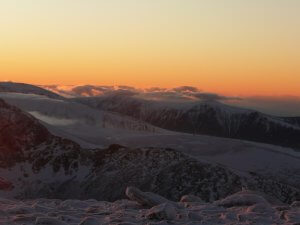 Glorious sunset colours across the snow of the Cairngorms

Ben Macdhui standing as the tallest mountain in Scotland has long been home to popular folklore stories. And one of the most famous, tells of The Big Grey Man of Ben Macdhui. A legendary being that has haunted the Cairngorms for centuries. The collection of stories from hikers tells of a supernatural presence often felt at the peak of Ben Macdhui. The most famous story dates back to 1891 and was told by accomplished mountaineer, the late Professor Norman Collie.

Following this account, experiences of The Big Grey Man describe the feeling of being watched, the crunch of snow as steps fall three times as long as the average man and the allusion of a tall grey figure in the winter mist. Each story while slightly different, has one thing in common. All accounts describe an overwhelming feeling of fear and the urge to flee the mountain. While eerie, we can take comfort that no real evidence of The Big Grey Man of Ben Macdhui exist. Scot Mountain Holidays offer guided tours on Ben Macdhui where you can learn more about the history and legends of the Cairngorms.

The Monster of Loch Garten

Boat of Garden home of Fraoch Lodge is also home to the legend of The Monster of Loch Garten. A large carnivorous water monster. Described as a mixture between a large bull and a stallion, with a jet black mane, big head and gleaming eyes. Furthermore, the monster only ever appeared at night and preyed on small children and lambs.

The story goes, that a local once tried to capture the beast. Hitching a rope around an enormous boulder he bated a gaff with a lamb and at dusk, tossed it into the centre of the loch. As the story goes, roaring, lightening and snarls were heard by the infuriated monster throughout the night. But, in the light of the day, the boulder was gone and only a deep rut heading into the loch remained of the boulder. It is said, the monster was never seen or heard off again.

Looking to the hills beyond Loch Garten

The Old Man of Garten

Another legend that comes from the Boat of Garten region tells the tale of The Old Man or Spectre of Garten with a feeling of dread. Over one hundred years ago many people allegedly came forward testifying to the existence of this supernatural being. The legend describes a spirit roaming the countryside surrounding Loch Garten and Loch Mallachy giving warnings of impending death. Never seen but heard, stories describe being awaken for no apparent reason to the overwhelming sense of apprehension. This is quickly followed by the dreaded high-pitched scream of the spectre warning them of an approaching death.

There are many more legends and stories from the Cairngorms region that hold a place in folklore history. The stories, sure to delight children and adult alike tare an amazing addition to your Scotland holiday.

What does ‘off the beaten track mean’? 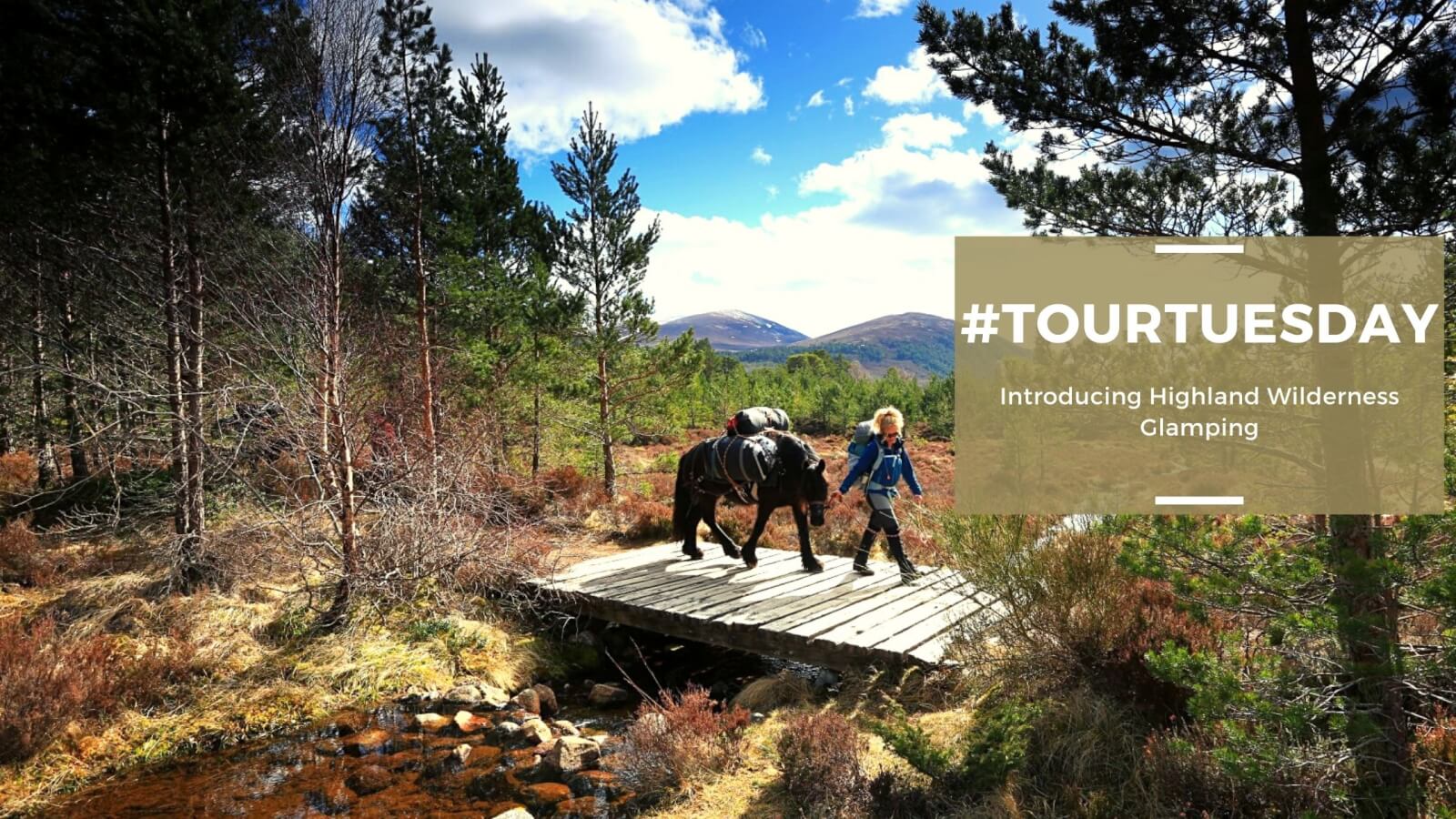