Outlander inspiration in the Cairngorms 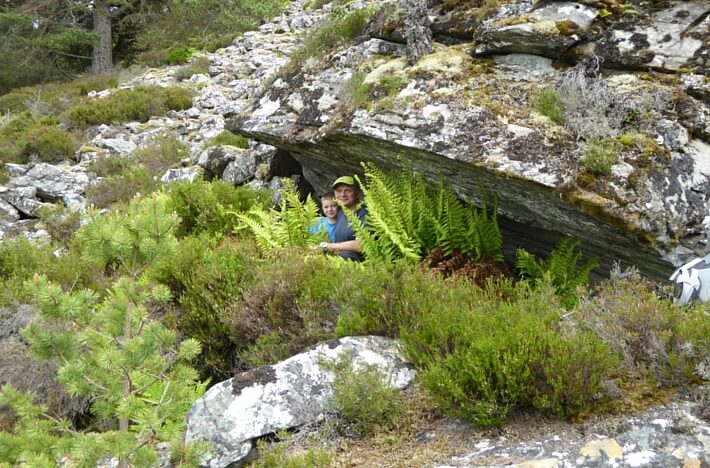 Outlander inspiration: The stunning landscape of a warrior’s hideaway

During my holiday in Scotland I went to Boat of Garten in the Cairngorms National Park. I decided to do a walking holiday and tour the countryside which provided Outlander inspiration for  Diana Gabaldon’s Outlander saga.  My guide was from Scot Mountain Holidays. I told him of my keen interest in the Jacobite rebellion and what happened to the Highlanders who fought for Bonny Prince Charlie after the Battle of Culloden. 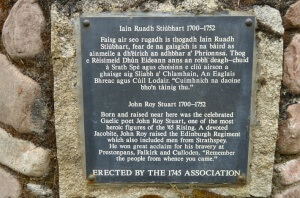 Being a connoisseur of the area he took me on a historic day trek through an 18th century village where I saw layouts of old black houses and kilns while tracing beaten carriage tracks. I was shown various medicinal, poisonous, and culinary plants relevant to the people of the time and Outlander’s heroine who delves into Scottish botany. 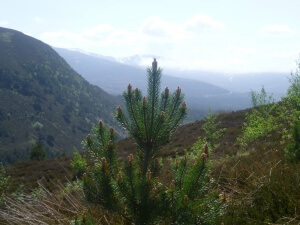 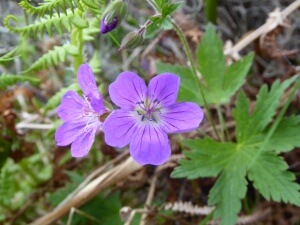 We spotted a tawny owl who flew by not ten feet in front of us. I tasted a juniper berry with the the richness of gin. I sniffed the vibrant yellow broom wafting of coconut, and took in the spicy scent of bog myrtle used at the time to flavour beers.

We saw two majestic golden eagles floating in circles together on a high wind! 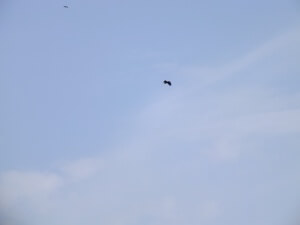 But the most exciting part of our adventure was John Roy Stuart’s cave, a Jacobite rebel and close ally of the Bonny Prince. Andy described his rise as Jacobite leader to eventual fall as a “rebel”. We crouched inside the cave in which he hid from the Red Coats for years after his exile, and discussed what life would have been like at the time. 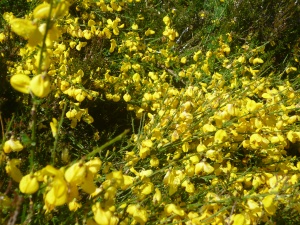 Broom – coconut scented, you have to smell it to believe it! 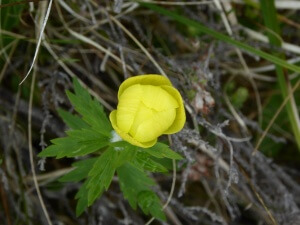 If ever there was a moment I felt close to James Fraser, this was it!

Stuart even had a young boy who ran him supplies (wee Fergus?) and narrowly escaped death many times. Standing in this place brought a sense of the real history, drama, intrigue and very thorough research by Gabaldon to ground her story in places and situations that happened to real people. I was given the gift of seeing first hand the evidence of their lives.

My hosts took me to the Culloden Battlefield and Visitors Centre. We saw a panoramic video re-enactment of the battle which is very impactful, and got an in depth immersion into the history told by eye witnesses and historical accounts. Plaques made reference to John Roy Stewart’s contribution. 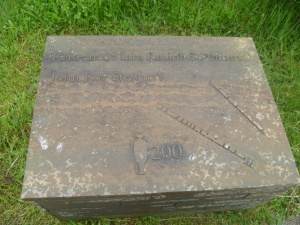 We also saw commemorations to the various clans which had lost members during the battle, including the Frasers. 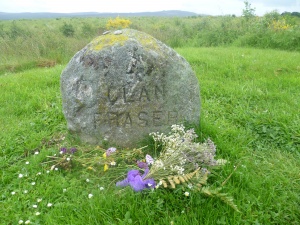 Being able to learn more about Jacobites and the history which informed the Outlander series was truly fascinating. I look forward to seeing more of Scotland’s history through walking its landscapes, and there’s no better guides and base for it than in the Cairngorms with the warm and knowledgeable hosts at Froach Lodge. 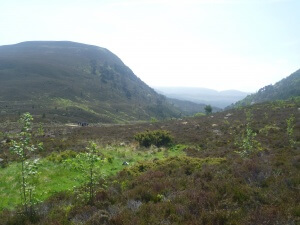 Ryvoan, the other end of John Stuart’s ridge

How to bag 12 Skye Munros in a week 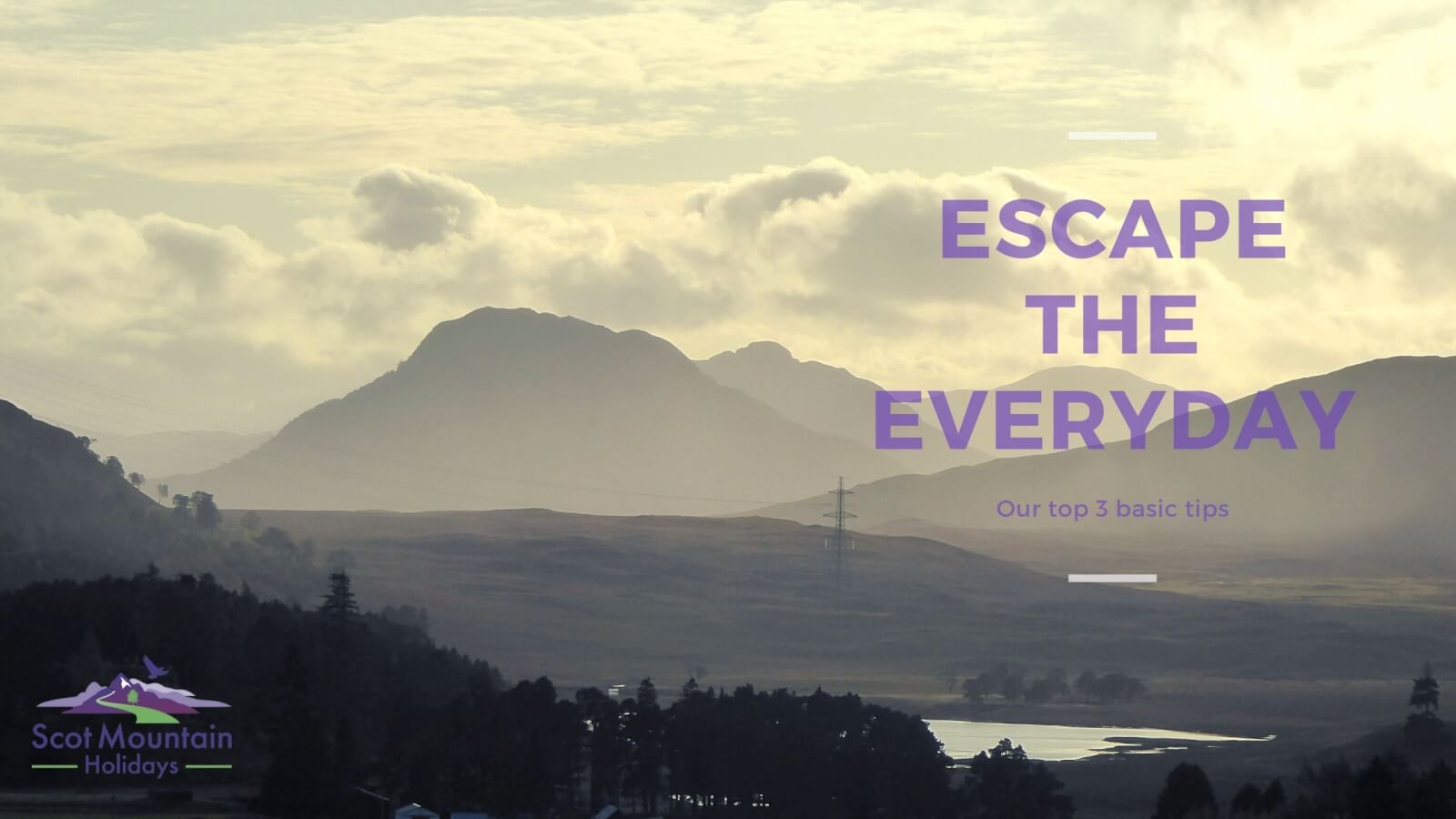 Escape the Everyday – our top 3 tips

Highlands of Scotland – walking tours during a pandemic (September 2020)