How to choose the best Scotch 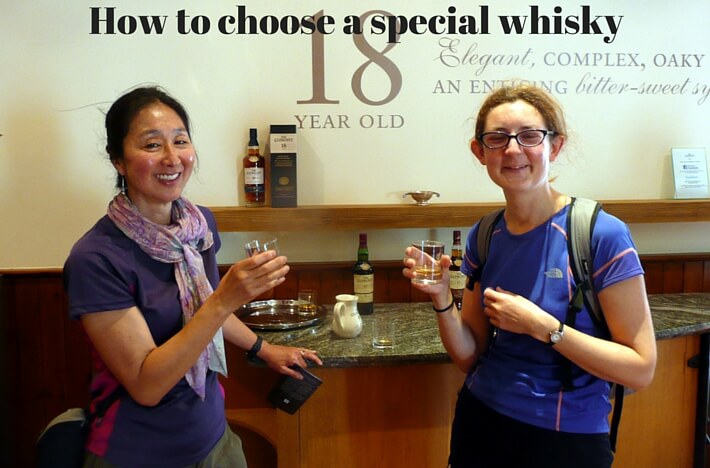 NB It’s rare to find a Scot who will talk about “Scotch whisky”. For Scots in Scotland, there is no such thing as Scotch whisky. We have whisky or malt whisky or single malt.

We live on the edge of the whisky trail and can’t help but acquire pointers from the experts about how to choose a special Scotch whisky. Andy has paid close attention to Mike Drury of the Whisky Castle in Tomintoul who is a leading light in the whisky world. Mike retired from running the Whisky Castle a few years ago. He now enjoys a totally different relaxed lifestyle on the Isle of Mull. However, the new owners have been just as helpful to our guests (and Andy).

Here Andy shares the benefit of his many visits to whisky country so you too can go home with a unique bottle of whisky. There’s nothing like living in Scotland to develop your appreciation for “the water of life”, as whisky is known in Gallic.

When it comes to choosing fine malt whisky there are 4 things you need to know. In order of importance they are:

Too much emphasis is often placed on the age of the whisky and the distillery in it was produced. Every distillery has the potential to produce fine and not so fine malt whisky. 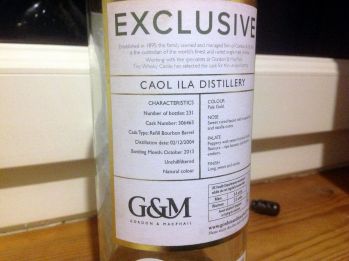 What to look for on a whisky label if you’re looking for a really special bottle – but don’t expect it to be “cheap”.

There are 2 aspects to this:

To be classified as Scotch Malt Whisky it has to have been matured for a minimum of 3 years in the cask. Many distillers though will mature their whisky for a lot longer, usually around 10 years before they’re satisfied with the quality to release it for sale.

During the maturation period there is a complex interaction between the oak wood and the alcohol with the alcohol drawing out many of the oils and other components of the wood to create Scotch Malt Whisky. Up to 60% of theses vital ingredients can be drawn out after the first maturation of scotch malt whisky. During the life of a cask it’s easy to see that the wood can become quickly exhausted with the whisky produced from subsequent maturations being of a lower standard.  If a tired cask is being used to mature whisky in it doesn’t matter how long the spirit is left in it to mature, the resultant whisky will lack quality/flavour. There are things that can be done to help rejuvenate the cask but the original qualities are never fully achieved.

On the bottle label you should be looking for the whisky being single cask and 1st or 2nd refill/generation.

The spirit is matured in the cask at around 60%ABV. This results in an equilibrium being established between the strength of the spirit and it’s ability to draw out and “carry” the various oils, etc of the wood. Most scotch malt whisky is diluted with water and sold at around 40%ABV.

This dilution in itself results in the whisky becoming cloudy as there is no longer the concentration of alcohol to support the oils i.e. an emulsion is starting to form. There is nothing wrong with the whisky at this point other than it maybe appearing less appealing. To get around this problem much of the malt whisky sold is chill-filtered. Cooling the whisky makes the heavier oils more viscous allowing them to be removed by a5 to 3micro filter. The issue is that these heavier oils, etc are what give a good malt whisky it’s depth of character and flavour

(One issue here is that some countries do not allow the importation of alcohol for re-sale with an ABV above 40%.) 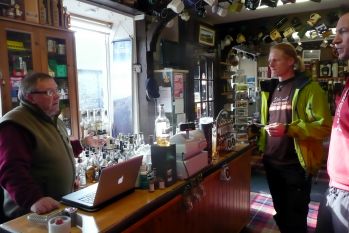 Whisky is stored in wooden casks, usually made of white oak. Presuming the spirit is being matured in a quality cask, there is complex interaction between the wood and the spirit. This interaction is a slow. The harsher flavours of the whisky are softened over time. The age of the malt whisky is an important factor in the quality of the final product though whisky doesn’t necessarily always continue to improve with age.

Generally you will be looking for a minimum of 10 year old whisky.

It’s tempting but don’t ever judge a malt whisky by its colour. A lot of malt whisky has caramel added to make it darker. It also of course alters the flavour. This is the only additive that is allowed to be added to Scotch Malt Whisky 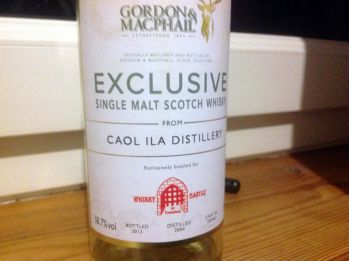 Where to Purchase Scotch whisky

Whisky month  – join Scotland in a month-long celebration of our national drink. Whether you’re a whisky novice or a whisky connoisseur, there’s something for everyone to do, including our Mountains and Malts trip.

Whisky trail – Follow the world-famous Malt Whisky Trail through Speyside to seven working distilleries, including a fascinating cooperage and a historic distillery.

What is Munro bagging?