Are there bears in Scotland? 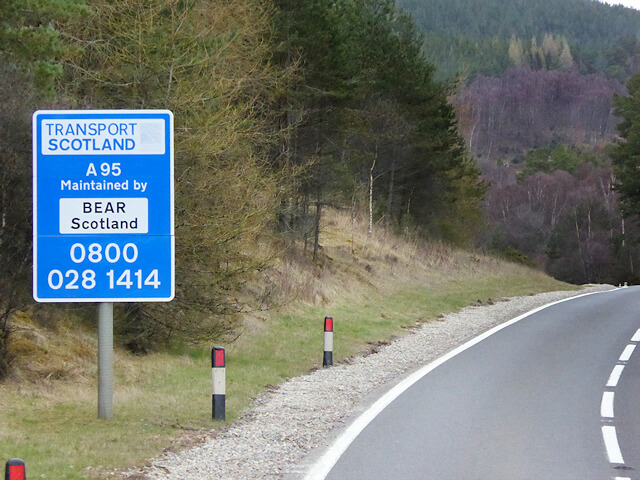 You might be forgiven for wondering if there are bears in Scotland, if you see the signs by the side of the road. Why are bears constantly mentioned on the road signs? Sometimes even accompanied by a picture of a bear.

A family touring Scotland were getting increasing bemused and concerned by the signs they were seeing at the side of the road mentioning bears and Scotland on the same notice. What’s this they thought? Are there bears in Scotland? Eventually they asked the owner of the accommodation where they were staying … what’s this we’re seeing about bears in Scotland? Should we be worried?

The owner of the accommodation explained that the signs were about a company which maintains the trunk roads in Scotland called “Bear Scotland”. No cause for concern unless you spot a particularly rough section of road which needs resurfacing! Bear Scotland are also responsible for gritting the main roads in the winter.

Of course you can still see bears in Scotland but only in captivity. The polar bears at the Highland Wildlife Park and the Pandas at Edinburgh Zoo are a big draw for visitors.

The polar bears at the Highland Wildlife park are even more of a draw now than they used to be due to the birth of wee Hamish. Hamish is the first polar bear born in the UK for 20 years or so. You’d be forgiven even more these days for thinking bears are roaming around in Scotland as since Hamish’s birth there have been signs indicating where you can go to see polar bears! 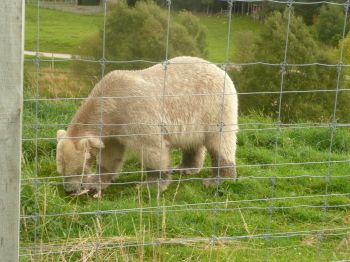 Join Scot Mountain Holidays for tailor made trips in the Highlands of Scotland including: